It’s been a while… again… since I’ve blogged. Writing on here has been incredibly hard lately…but tonight I just wanted to share a little bit about where I’m at, 6 months later.

I’ve been in a really contemplative place. “Sorting through” the last 6 months and “processing” everything from beginning of June 2010 when this entire journey began, in the best way I know how; leaning on Him, facing our reality, lots of tears, etc. There is one entire week that I’m truly unable to face right now and I’m okay with that. I know someday, maybe sooner than I thought, I will face memouries that are the most difficult.

A few things I realized “recently” truly hit me suddenly, like a slap in face;

1) The internet and television became my way of escape (and sleep when I could). I’ve been online and watched more TV than I have in my entire life (including my time on bedrest). It was becoming so unhealthy. I don’t think I even consciencly realized what I was doing initially but now that I do I’ve finally made some much needed changes. I guess apart of the reason for my lack of blogging recently too would be guilt. Guilt because of how much my time online avoiding my reality had taken away from one of the best things in my life; Chase. Which brings me to my second realization.

2) Chase needed his mommy back. I took care of his basic needs but wasn’t meeting his emotional needs. I wasn’t able to be his mother, the “momma” he remembered. It hurt him, I can still even see it in his behaviour sometimes. I feel immense guilt and I’m working through that currently. I’m processing how to still be the momma he once knew when I feel so broken up and honestly sometimes messed up inside but I know that he accepts me like this, tears and mess and all. And truly has been an incredible joy to me even at my darkest times. I’ve said this before but sometimes he reminds me so much of a tangible evidence of God. That might not make sense, but seriously… there are times he astounds me with how he loves me so much and how he’s there.

3) I realized that after we lost Eisley, I had this overwhelming need to share her story with everyone, whether they wanted to hear or not. My outlet for this was mostly my blog. I shared so many very personal things throughout our journey dated all the way back to April 26th when I first found out we were 2 months pregnant with Eisley. I’ve shared so so much and I really don’t regret it because I know (and those closest to me know) I haven’t shared everything, I’ve just scratched the surface. There are pieces I can’t share because I don’t know how to. There are pieces I don’t want to share ever. There are pieces that I shouldn’t share. But I wrote my heart out and often and realized a lot of had to do with processing yes, but a lot of it had to do with wanting to me sure people didn’t forget her life and who she was.

4) Ted. I knew from day 1 we were grieving differently but I realized recently how he is truly doing and where he was at throughout everything. I’m not talking physically. He was right beside me as much as he could be when I was on bedrest and in the hospital. I am taking about emotionally, mentally etc. Recently Ted had a paper due for a writing class he’s taking this semester. He told me he had decided to write about Eisley and what we went through and when he finally finished, he asked me to read it. As I read it I wiped away tears until I just rested my head on the table and cried. When he came back into the room he asked me what I thought. I felt speechless. Hearing it from his perspective was so heart wrenching. I asked him how it felt to write it out and he realized he needed this to process. He did that once before, on his facebook. In fact, when he shared then, he welcomed his friends to ask him how he was (because sometimes people just need to hear you want to be asked) and he shared the most vulnerable part of himself and even a part of the birth story I have yet to share on here, if ever. About where Ted was at the time of the birth of Eisley. I realized then and even more so now where he was at during everything and it breaks my heart. I can’t explain it… it just does. Whew.

5) Today I finally asked myself, why have I stopped writing… A lot of it has to do with fear of people judging where I am currently. Also I’ve been working through bitterness in my heart towards others. And ultimately I stopped writing because I couldn’t clearly express where I was/am at. Even as I write  all of this I still feel like I can’t.

6 months later; I’m still a wreck inside, I’m still dealing with waves of grief as they come, I’m learning how to continue living life without her, I’m learning how to face the reality that she’s gone, I’m missing her every. single. day., I’m trying to process everything we’ve walked through, I’m learning how to enter this new season of our life which should seem so hopeful (a new home, a new beginning, etc) and being filled with hope all while grieving (whew!) and on top of grieving; processing a situation that’s caused so much hurt and bitterness within me and also processing the loss of people I once considered friends who haven’t been here for us in the darkest season of our lives.

There is so so so so much… it’s hard to even know how to process all of this, but 6 months in… I realized something so significant last week… we can do this. We are doing this. We are surviving. There was a time when I wasn’t sure we could.

And now… we’re about to entire what should be a hopeful season; a new home and a new beginning. I realized that we can enter this hopeful season all while grieving and missing Eisley. We do and will miss her every day. Today I saw this photo on pinterest…

I cling to the promise of heaven and that I will someday see my precious Eisley-girl.

Thanks for stopping in and I’m sorry I’ve been MIA. On another note; DIYs and more listings on my Etsy store coming soon after our move (We move April 2nd!) Trust me when I say… there will be lots! Especially now that I can finally create for our own home!! :) 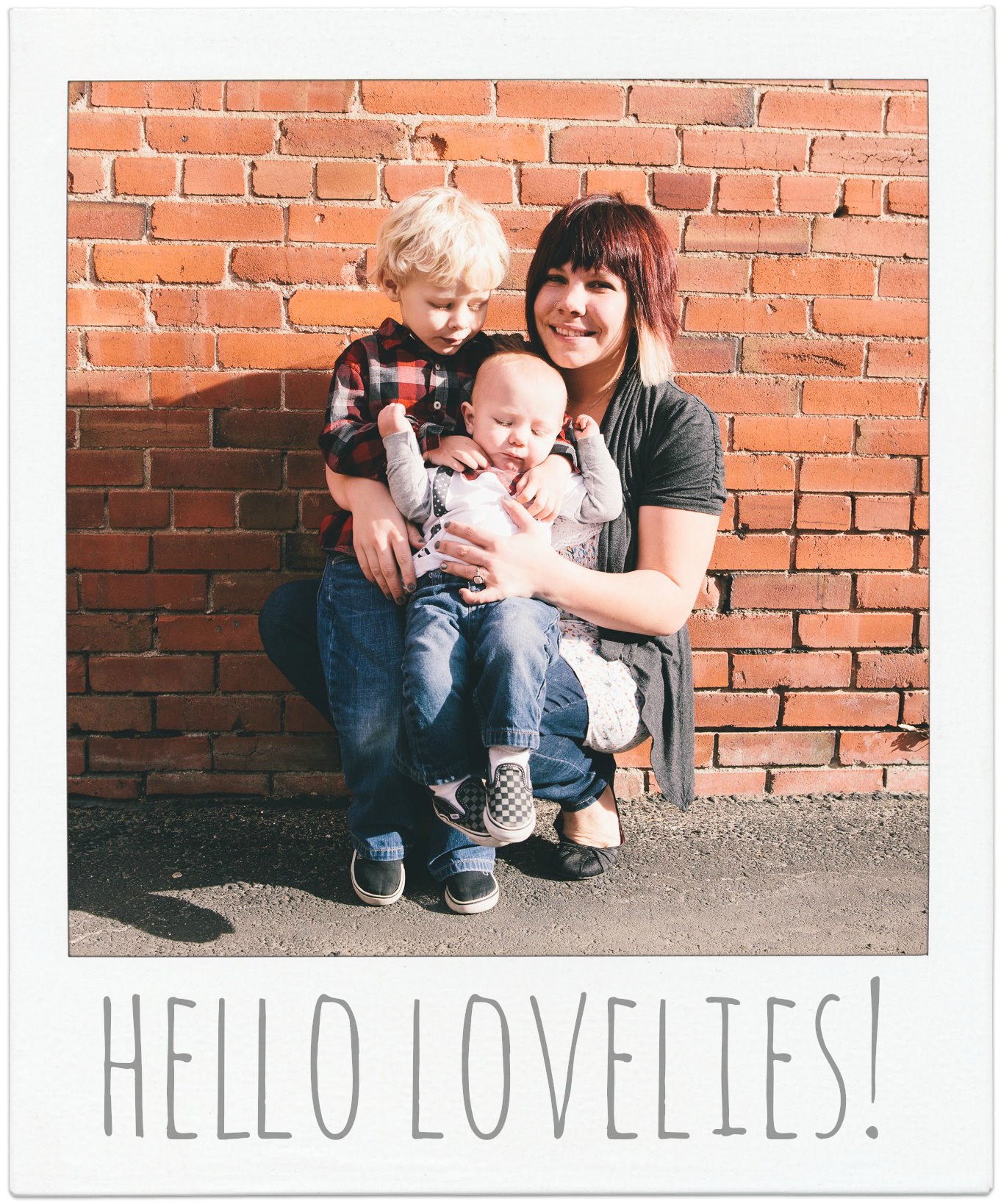